In my life, because of Search and Rescue, I have proudly worked closely with Law Enforcement.  I was sworn  to serve and protect.  To defend the constitution of the United States.   I have worn a badge on my chest and carried a gun on my hip for more than a decade.  I have been a part of a department that has lost deputies to senseless violence. I have screamed at the news of their deaths, and mourned at their funerals.

I only have a tiny taste of what it's like to be a police officer or a deputy, but I have a mighty respect for the job that every officer does.

They are a member of the community in which they serve.  They CHOSE to serve.  They do the job that you can't do.  That you won't do.

Don't you get it?  It's one of US!  It's one of your own community.  It's your mother or father.  Sister or brother.  Son or daughter.  Neighbor. 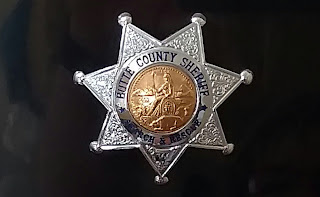 Posted by TJ Moutard at 5:00 PM No comments: 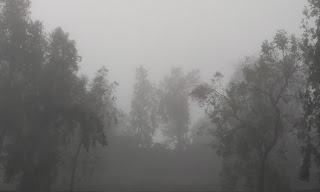 That's the everyday background mantra.  Get more done.  Go faster.  If you go faster you will get more done.  Don't stop.  Can you do one more?

It bleeds over into my every day life.  I woke up this morning and so many things rushed through my mind.

So much that needs to get done.  Feed the herd.  Laundry.  Vacuuming. Poop scooping.  Dishes.  The list goes on.

And there was my ride to do.

So much to do that I froze.  The animals almost didn't get fed because I had so much that needed to be done I couldn't do any of it.  (Don't worry, between Velcro the cat and Kaeden, no meal gets missed around here.)

If I didn't ride.

It would have been easy to not ride.  So much I wouldn't have to do - putting on the super rider suit is its own involved chore.

I wanted to ride.

I needed to slow down.  Slow something down.

To be honest, I didn't realize what I needed from my ride until I got underway.
I even changed the Pandora Station I listen to to Sia.   There's really no riding fast with that station.  (For the record, changing your Pandora station while riding is difficult at best.)


Not being obsessed with going faster or beating a time made today's ride more mindful. I paid more attention to me.  Everything from my hand position, to my legs, to my feet, to my breathing.  To my thoughts.  To the words in the songs I was listening to.

"The fire used to burn, all the words used to hurt
But you're not like us, you are different
I couldn't see that that was a compliment."

I took the time to contemplate the meaning in this song I had never heard before.  It's about realizing your own strength despite what others think or say about you.

I haven't had time to think about a song in a while.

As I rode, I felt almost like I had slowed time down.  I was looking for that anyway.  I didn't want the ride to end because that signaled that the next thing could get done.

But did it mean that the next thing HAD to get done? 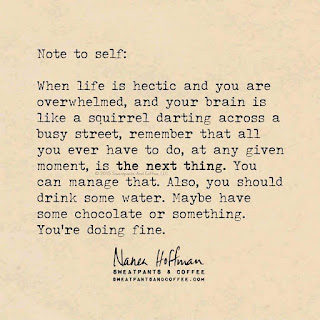