Truth be told, I've cried most months of my life.  Something will be emotionally important in some way - like a song, or a movie - and I will cry.  It's not always out of sadness.  It can easily be from happiness and joy.  It's your body's way of letting those emotions spill out and evening out the chemistries in your brain and body.

I had to be home to wait for these people.  So I couldn't plan to ride.

Then I planned a route.  I had to make sure not to go into THAT neighborhood - they seem to shoot people a lot there.  I didn't want to cross the hugely busy thoroughfare.  With some creativity, I came up with a route.

Then I aired up my tires.  And dusted the bike off.  And lubricated the moving stuff.

And planned to ride.

And then I did.  Six weeks after moving here,  I rode.  It was a nice flat ride and I was even willing to deviate from my planned route to just explore other neighborhoods.  I didn't get chased by dogs.  I didn't have garbage in the streets to note on Facebook.  It was a simple, pleasant  4.25 mile ride.

I put the bike away and planned to ride the next day.

Eight weeks later, I realized, I was never going to ride again.

So I sold my bike.

Yep.  Sold it to a UC Davis student who was beyond grateful to now have transportation to school that she could also do road bike rides whenever she wanted to.

Driving home after delivering my bike I cried.  I realized the disappointment I predicted could happen back in 2015.  I said then that I was afraid I would disappoint when I embarked on this adventure.  I was right.

I disappointed myself and I fear there is nothing I can do to make it up to myself.

I hope to find a way. 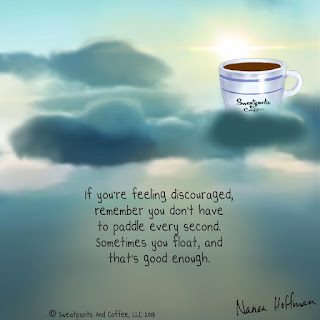 The Sound Of Grief 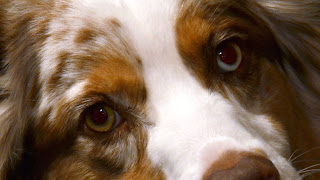 Her intense grief reverberated throughout the forest and across the canyons.  I had talked with her only moments before, holding a secret inside. I knew what she did not know in that moment and I held on to the secret that wasn’t mine either to have or to share.  I gave her a little bit more time with her hope. Her hope that she would not have to grieve.

She reached out and stroked my dog.  She thanked me for coming and helping in her most trying time.  She called me a hero.

I drove through the night, knowing it was going to rain. I  drove hundreds of miles and a half dozen hours. It didn’t matter that I didn’t know him.  That has never mattered. What has always mattered was that someone was missing and I was a resource that could help find him.

I spent the better part of a day looking for him. It was only one out of several days that many others had already been searching for him.  It rained, and I worked hard to stay upright as my dog and I searched along steep, slippery slopes in our effort to find him. The search was over with one simple phrase over the radio from another team - we have a visual.

The sound of a heart breaking is a singularly horrific cry.  Her agony was palpable in the rain, echoing achingly amongst the trees. It penetrated deep into my soul.  It’s not the first time I have heard it, and it probably won’t be the last. It cuts deeply every time.